You are here: Home / IoT / What is Narrowband IoT and use cases

The term “Internet of Things” was first introduced by Kevin Ashton of Procter & Gamble in 1999. Ashton was working on a project to embed RFID tags in products to track inventory levels. He realized that if these tags could communicate with one another, they could provide a more comprehensive understanding of inventory and product flow.

Today, there are a growing number of IoT devices, including home automation devices, wearables, and smart city initiatives

NB-IoT is a low-power wide-area network (LPWAN) technology that enables the deployment of cost-effective and energy-efficient IoT devices and services. NB-IoT is a 3GPP standard that builds on LTE Cat-M1 technology, providing a longer battery life and lower cost of deployment compared to other LPWAN technologies.

LTE Cat-M1 technology delivers data rates of up to 1 Mbps and a battery life of up to 10 years. It operates in the unlicensed spectrum bands at 850 MHz and 900 MHz, making it ideal for deployments in rural and suburban areas.

What is Narrow Band IoT?

Narrowband IoT technology is based on the LTE-M network (latest version – LTE Cat-M1), which is a network that is designed for low-power devices. LTE-M is a variation of the LTE network that uses a specific range of frequencies to transmit data. These frequencies are specifically designed for devices that need to connect to the internet over long distances.

It is designed for devices that need to connect to the internet but don’t have a lot of bandwidth or power available. 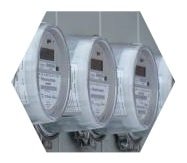 NB-IoT has the potential to provide several benefits for smart metering, including:

1. Reduced Costs: NB-IoT can significantly reduce the cost of deploying a smart metering infrastructure. The low-power and wide-area (LPWA) nature of NB-IoT makes it an ideal technology for smart metering, as it allows utilities to deploy meters that are battery-operated and do not require a cellular connection.

2. Increased Accuracy: NB-IoT can provide more accurate meter readings, as it can detect and report data even in difficult-to-reach areas.

NB-IoT operates in the licensed cellular spectrum, making it a more reliable and secure option than unlicensed options such as Wi-Fi and Bluetooth. It also delivers significantly longer battery life, making it well-suited for applications that require a long operating life.

NB-IoT is being widely adopted by manufacturers for a variety of applications. For example, it is being used for asset tracking in cold storage warehouses, for real-time monitoring of production lines, and for tracking shipments and inventory

NB-IoT has several advantages over other wireless technologies such as Bluetooth and Wi-Fi.

First, NB-IoT has a much longer range than Bluetooth and Wi-Fi. This makes it ideal for connecting devices located in a wide area, such as a factory or a warehouse.

Second, NB-IoT has a much lower power consumption than Bluetooth and Wi-Fi. This makes it ideal for devices that need to run for long periods of time on a limited power supply, such as sensors or actuators.

Third, NB-IoT has a much lower cost than other wireless technologies. This makes it ideal for devices that need to be deployed in large numbers, such as sensors or actuators.

Fourth, NB-IoT has very low latency. This makes it ideal for applications that require real-time communication, such as industrial control systems.

NB-IoT is a relatively new technology and is not yet widely deployed. However, it is rapidly gaining in popularity due to its many advantages over other wireless technologies.

IoT has the potential to revolutionize healthcare by allowing for the collection of data from a large number of sources, including medical devices, wearables, and implanted sensors. This data can be used to improve patient care, including the diagnosis and treatment of diseases.

One of the most promising applications of IoT in healthcare is the use of narrowband IoT (NB-IoT) to connect medical devices and sensors. NB-IoT is a low-power wide-area network technology that can be used to connect devices that are located far from each other or that need to transmit data intermittently.

NB-IoT is well suited for the healthcare industry because it can transmit data over long distances and has low power requirements. This makes it ideal for connecting devices such as implanted sensors and medical equipment. NB-IoT can also be used to connect wearables and other portable devices that collect health data.

The use of NB-IoT in healthcare offers several benefits, including:

Improved patient care: The collected data can be used to improve patient care by allowing for the early diagnosis and treatment of diseases.

The collected data can be used to improve patient care by allowing for the early diagnosis and treatment of diseases.

Reduced costs: The use of NB-IoT can help to reduce the costs of healthcare by allowing for the efficient collection and analysis of data.

Narrowband IoT is one of the most promising connectivity solutions for the retail and logistics industry. It offers several advantages for these sectors, such as low latency, high reliability, low power consumption, and wide coverage.

In retail, Narrowband IoT can be used for a variety of purposes, such as tracking inventory, managing customer data, and tracking the movement of goods. It can also be used for tasks such as monitoring the temperature of perishable goods and optimizing store layouts.

NB-IoT is well suited for applications in the retail and logistics sectors, where low data rates are required and where the cost and complexity of installing and maintaining a traditional Wide Area Network (WAN) are not justified.

Some of the key benefits of using NB-IoT in retail and logistics include:

Low cost: NB-IoT connections are typically much cheaper than traditional cellular connections, which makes them ideal for applications where a large number of devices need to be connected.

Low data rates: NB-IoT devices can transmit data at very low data rates, which is ideal for applications where a high level of throughput is not required.

Long-range: NB-IoT devices can transmit data over long distances, which makes them well suited for applications in rural or remote areas.

Use case: Future of IoT in logistics – DHL

There are several ways in which narrowband IoT can be used in smart cities. One way is to use it to manage traffic. By using sensors to detect the presence of cars, buses, and pedestrians, and then transmitting that data to a central controller, the controller can optimize traffic flow by controlling the traffic lights.

Another way narrowband IoT can be used in smart cities is to use it to manage energy consumption. By installing sensors in buildings and other infrastructure, data can be collected on when and where energy is being consumed. This data can then be used to optimize energy use, for example by turning off lights or air conditioning when they are not needed.

There are many benefits of using Narrowband IoT in smart city applications. Some of these benefits are:

1. Increased Capacity: Narrowband IoT can increase the capacity of smart city applications by up to 10 times when compared to traditional cellular networks. This increased capacity can be used to support a wider variety of applications and services.

2. Lower Latency: Narrowband IoT can also reduce latency by up to 50%. This lower latency can be used to improve the responsiveness of smart city applications.

4. Extended Coverage: Narrowband IoT can also extend coverage by up to 10 times when compared to traditional cellular networks. This extended coverage can be used to support a wider area of the city.

5. Increased Reliability: Narrowband IoT can also increase reliability by up to 10 times when compared to traditional cellular networks. This increased reliability can be used to support a wider variety of applications and services.

Narrowband IoT will also be important for autonomous driving because it is very reliable and it can operate in low-power environments.

Agriculture is one of the most important sectors of the economy, and it is essential to keep it running smoothly. In order to do this, it is necessary to use the latest technology to improve the efficiency of farming. One of the most important aspects of modern agriculture is the use of sensors to monitor the condition of crops and soil. This information is used to make decisions about irrigation, fertilization, and other aspects of farming.

Sensors can be used to measure all sorts of things, from temperature and humidity to vibration and motion. By attaching sensors to physical objects and then connecting those objects to the internet, we can collect and track data in real-time. This data can then be used to make decisions about how to best use or manage those objects.

One area where IoT is already having a significant impact is in the world of agriculture. In the past, farmers have had to rely on guesswork and experience when it comes to planting, watering, and fertilizing their crops. But with the help of IoT, farmers can now use data collected from sensors to make informed decisions about how to best care for their crops.

There is a great demand for pet tracking devices owing to the numerous benefits they offer. Narrowband IoT can be used in pet tracking to provide a more reliable, efficient, and secure service.

Narrowband IoT offers several advantages for pet tracking. Firstly, it has a much longer battery life than traditional cellular networks, which is essential for tracking devices that need to be small and lightweight. Secondly, it has a much lower data rate, which makes it more efficient and reduces the cost of the service. Finally, it is more secure than traditional cellular networks, making it ideal for tracking devices that contain sensitive information.

Narrowband IoT can be used to create a global pet tracking network that is reliable, efficient, and secure. This network would provide a valuable service to pet owners and would help to improve the safety and welfare of pets around the world. 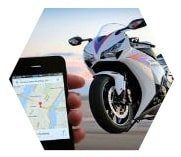 With NB-IoT, parking can become a more efficient and convenient experience for drivers. By connecting parking sensors to the network, drivers can get real-time information on the availability of parking spots. This can help them to find a spot faster and avoid paying for parking in a lot that’s already full.

NB-IoT is a variant of LTE that operates in the unlicensed spectrum bands below 1 GHz. This makes it ideal for connecting devices that are located in remote or hard-to-reach locations, where there is no existing cellular infrastructure.

NB-IoT is also very efficient, allowing it to support up to ten times the number of devices that can be connected to a traditional cellular network. This makes it ideal for connecting large numbers of devices, such as smart meters, asset trackers, and agricultural sensors.

NB-IoT is still in the early stages of development, and there are currently few devices that support it. However, we can expect to see a growing number of NB-IoT devices in the coming years as the technology matures.

Read what are the applications of the Internet of Things – IoT